Dactyles Corvus was created by assembling hundreds of long porcelain crow legs, molded in containers that had themselves been molded, so as to resemble bouquets of bird legs. The plastic buckets containing the bouquets were chosen for their common presence in studios and their formal qualities similar to those of flower pots. The ideas surrounding shifting meaning and the tension between the organic and the inorganic are key in my approach. To emphasize this, the long bird legs were molded individually before being assembled upright in various cast containers. During the firing process, the porcelain bird legs began to fuse from the high heat, softening and collapsing into different shapes to create a less controlled, more organic appearance, frozen in time as they cooled. The process suggests a loss of control, as demonstrated by the final result of the bouquets, the products of a firing process over which the artist does not have full control. 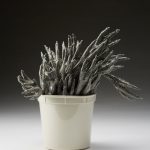 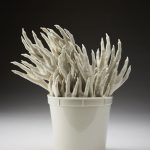 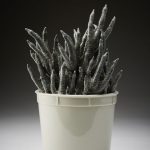 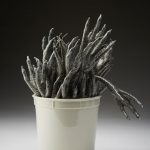 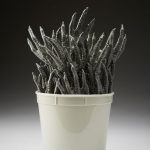 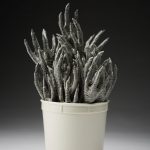 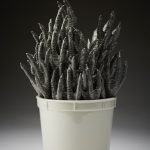 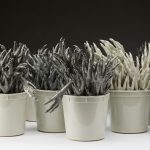 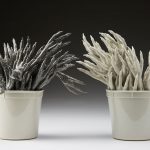 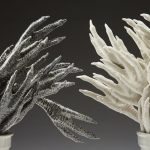 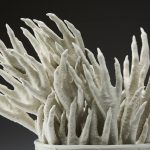