In Du zénith au nadir, birdwings were 3D scanned from an architectural detail then 3D printed in plastic to use as models for molds. The molds were then used to cast a series of porcelain wings. The lines left by the printing process guided the way the wings were assembled to create a series of rings composed of overlapping wings. The shape of this object was hence guided by the formal qualities of the cast objects used to create it. During the firing process, the wings fused together to give the impression of one single object rather than several components assembled together. 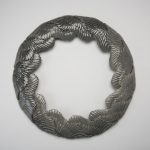 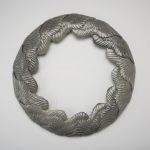 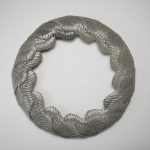 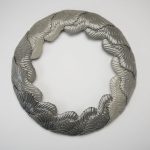 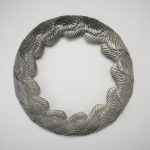 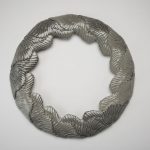 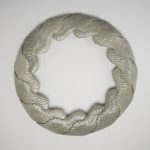